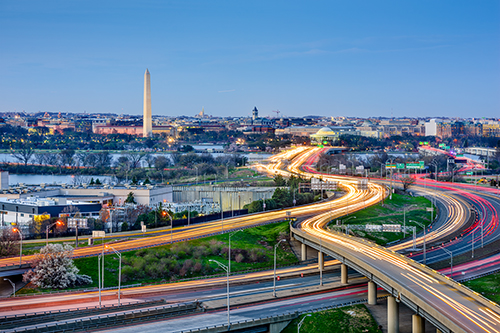 In this blog post, I propose the use of a combination of nudge theory, social media communication and effectuation in traffic.  This would be a new way to drive behavioral change towards safer and more sustainable cities.

Nudge theory (or nudge) is a concept in behavioral science, political theory and economics which proposes positive reinforcement and indirect suggestions to try to achieve non-forced compliance to influence the motives, incentives and decision making of groups and individuals. The theory claims to be at least as effective, if not more effective, than direct instruction, legislation, or enforcement. The concept has influenced British and American politicians. Nudge theory is described in-depth in the book Nudging, 2008 by Richard Thaler and Cass Sunstein. However, they only briefly touched on the subject of nudging in traffic.

Even though nudging is issued in traffic planning and management, it has not been explored enough by governments, cities and traffic engineers. The concept of nudging has proven effective in many different areas of implementation of government policies, while traffic professionals are struggling to change behavior with tools at their disposal. Therefore,  I suggest in this blog post, a further use of nudging combined with modern communication tools, such as marketing automation and social media, in order to drive behavioral change in traffic.

Your speed signs are a nudge that intends to push the driver to speed adherence. The Swedish traffic safety camera system is basically designed to be a nudging system rather than an enforcement system. Sweden chose only to activate the cameras 5-10% of the time and not to catch all speeders. The presence of the visible cameras and the signage in front of the cameras, serves as a nudge to adhere to the speed limits.

Norfolk City in the UK has planted trees at increasing distance on the side of the road at the approach to the village. This gives the driver a visual experience of increasing speed while approaching the village, nudging the driver to slow down.

The Speed Warning Safety System, developed by Sensys Gatso Group for the Japanese market, is also a nudging system. It is a system that is located in low speed zones, outside schools or in residential areas. The system warns pedestrians as well as the driver when the speed is too high through light and sound. If the driver does not slow down, the system will record a violation leading to a violation ticket.

Social media and internet provide a unique opportunity to communicate with citizens in a well defined and targeted manner.  There are a growing number of tools to make such communication automated and scale-able. Corporations are using Marketing Automation, as it is called, extensively while governments are not. However, sometimes legislation prohibits governments to track internet users in the same way as corporations are doing. Lately we have also seen marketing automation tools influencing election results. Though this is the darker side of it but proves the potential of the tools if implemented by the government for the benefit of the citizens. Hence there is a tremendous potential in the strategic use of marketing automation to nudge citizens to the better choices.

Effectuation is a way of thinking that serves entrepreneurs in the processes of opportunity identification and new venture creation. Effectuation includes the decision making principles used by expert entrepreneurs in situations of uncertainty. I suggest the use of Effectuation as a method to implement nudges in traffic through the use of marketing automation. The use of marketing automation and nudges would allow for experimenting with quick turn-around and fast learning. In essence this would lead to the use of entrepreneurial methods applied to a field that has been managed by governments. Effectuation is progressing ideas towards a sell-able product/service. It is securing stakeholder commitments and drives decision making. This makes Effectuation ideal for application to the fast changing area of city traffic. An area that traditionally has been slow but systemic.

Read more about Effectuation on http://www.effectuation.org/.

Improving traffic behavior in the city

Above I have suggested that we can drive change in traffic behavior through a combination of nudge theory and marketing automation. Effectuation being the method for developing the services and products to change behavior. This could be collecting data on driver behaviour, using social media to nudge drivers to better behavior. Rewarding the desired behavior. And shaming the undesired behavior.