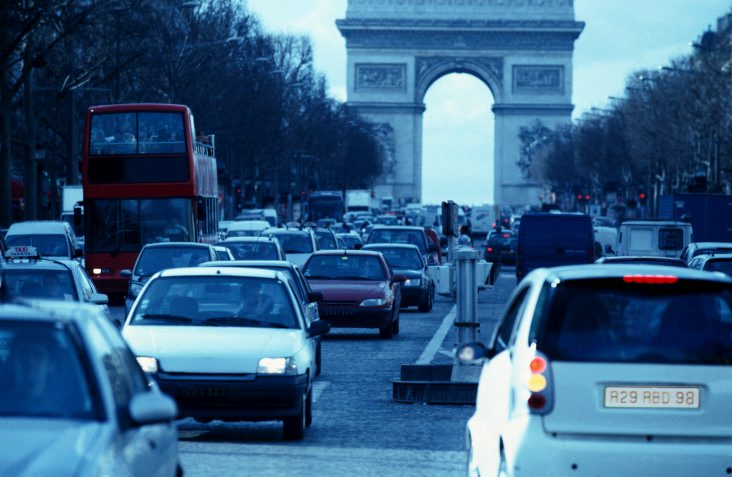 Since 2008 more than half of the world’s population, almost 4 billion people, live in urban areas. This number is expected to increase to almost 66% in 2050, seriously impacting the Quality of Life of city dwellers. This means that 2.5 billion people will move to urban areas in roughly 40 years and 90% of this urban growth will be in Asia and Africa. Moreover, from 1995-2015 the number of large cities (5-10M) and megacities (>10M) has doubled to 44 and 29 respectively. However, most of the countries in Asia and Africa, lack the resources to adapt to the forces of urbanisation. This growth, therefore, presents huge challenges in areas such as infrastructure (not only transport infrastructure), urban planning & development, public services, safety & security and sustainability. A key issue for city governments will be to deal with all these urban growth challenges, while offering their inhabitants with a decent and sustainable Quality of Life. For this article we will look at several transport and infrastructure related urban issues related to congestion, pollution, traffic noise and barrier effects, all having a considerable effect on the Quality of Life in major cities.

Most of the major urban centres in Asia and Africa suffer from continuous growth, massive congestion, heath-threatening pollution, uncontrolled development and questionable living conditions for a large part of urban population. Core issues here are the unbalanced urban- rural development, lack urban development and infrastructure planning and weak governance. The need for transport and urban planning for housing, work and retail and services are closely related and long term planning of both reduces problems in the future.

The key issue in planning by city governments is to reduce travel distances between the daily activity routines of its inhabitants i.e. living, working, shopping for goods and services and recreating and to provide choice in transport modes: public transport options, walk, cycle and drive. Major cities will thus need to be compact with subdivisions or wards that should strive to be self-supporting in living, working, consuming and recreating. This will greatly contribute to Quality of Life.

Congestion is here to stay

Still major cities will never be congestion free. New infrastructure projects, whether rail or road, provide only temporary relief. They also facilitate further growth which again leads new congestion problems as indentified by Gilles Duranton and Matthew Turner of the University of Pennsylvania complying with the fundamental law of road congestion (*1).

Use of private motorised transport options should be discouraged by restrictions, time-of-day and location dependent parking or road user charges. These are politically sensitive but London, Stockholm and Singapore made a good start pricing urban road usage or central city access. Conventional internal combustion powered vehicles pollute and recent research shows the negative health effects of pollution are very serious and underestimated (*2). In many well-managed cities (initially only older) diesel engines are banned or will be banned. Tokyo already started banning non-soot filter equipped commercial diesel vehicles from 2000. Amsterdam’s Low Emission Zone is enforced with fully automated ANPR (Automated Number Plate Recognition) cameras since September 2009. Athens, Berlin, Copenhagen, London, Madrid, Mexico City, Oslo, Paris and Seoul have all launched plans to restrict or ban the use of diesel or even all internal combustion engines. Promoting cycling and walking in line with urban planning based on rather self-supporting wards, will also have health benefits. This will all benefit urban Quality of Life.

Space waste due to parking

But even with a sizeable electric vehicle fleet huge amounts of space for roads and parking are consumed inefficiently which is undesirable and clashes with the compact city concept. A 2011 study by the University of California, estimated there are more than 800 million parking spaces in the US, covering about 65,000 km2 of land (*3). This is twice the size of Belgium. With a total US vehicle fleet of 250 million this equals more than three parking spaces for each vehicle (*4). This means most parking spaces are empty for most part of the day. In compact cities this space waste should be avoided at all costs. Central city parking and parking in other key transport nodes should be licensed to local residents or be priced discouragingly. To compensate there should be a strong focus on offering various public transport options (train, light-rail, metro, bus rapid transit (also bus-way) or bus) and on walking and cycling. The impact of ride hailing, robotaxis and Autonomous Vehicles (AVs) on urban planning, parking demand and car ownership will also be huge. Such changes are politically demanding, take time to implement, are costly and will have a dramatic effect on urban mobility and its infrastructure. In turn, more space for living and recreation, due to a lower demand for cars, parking spaces and garages, especially in urban centres, will benefit overall Quality of Life for all citizens.

Traffic or roadway noise is the combined sound profile created by motor vehicles. It consists mainly of noise from the road surface, tires, engine and transmission, braking and aerodynamics. Tyre noise increases more than engine noise with increasing speed, and predominates at high speeds (*5). At low speeds, such as in cities, engine noise is relatively more important because of frequent acceleration and deceleration. At higher speeds (upward of approximately 50 km/h) the noise difference between electric and conventional vehicles is negligible (*6). The nagging hissing sound generated by vehicles tyres can be reduced by various speed management measures, improvement in vehicle aerodynamics and vehicle technology, changing tyres and road surface. Large buildings and facades often reinforce this noise by reflection. In most cities it is the dominant environmental noise, especially along the mail traffic arteries. Increasingly, health researchers are realizing that noise pollution is more than just an irritation. A Danish 2012 study found that exposure to the sounds of car traffic can raise the risk of heart attack in people over 50 (*7). A more recent study from Sweden reported that it also increases the risk of obesity (*8). Also here, a drop in traffic noise due to lower speeds and fewer private vehicles will improve urban Quality of Life.

A lot has been written about various type of pollution created by vehicle emissions. The explosion of the Volkswagen diesel scandal and cities and governments considering a total ban on diesel cars and other internal combustion vehicles is the most recent episode of a long running urban horror story that started with smog in the 1950s. Repeatedly, recent research shows that the health impacts of various fine particles and other pollutants emitted by traffic and other sources has been grossly underestimated, thus negatively impacting the Quality of Life of urbanites.

By barrier effects increase with the speed of vehicles and the width and thus the lack of traversability of the infrastructure (e.g. railroad, highway or trunk road). A new school or community centre may thus not really contribute to the well being of citizens or the community life when it is located on the other side of the railroad tracks or urban trunk road with speeding vehicles. Speeding vehicles and wide and obstructive infrastructure thus hamper the Quality of Life of its citizens and hinder urban and neighbourhood integration often championed by city governments. Moreover such conditions reduce the catchment area of facilities created with or supported by public funding.

With the strong and continued population growth of urban areas the clash between urbanisation and motorisation will intensify. This occurs especially in Asia and Africa. To manage this conflict properly and to guarantee a decent quality of life for its citizens, city governments should take a pro-active role.  This should happen in several crucial areas with strong directive policies. Such areas include urban planning, public transport, discouraging private motor vehicle usage, promoting cycling and walking, reducing or properly pricing parking space, reducing speed limits and speeding and promoting urban integration at ward or neighbourhood level. Such directive policies will benefit urban areas by reducing congestion, pollution and traffic noise and improving accessibility, road safety and most importantly the Quality of Life of its citizens.

2 thoughts on “Quality of Life must drive city decision making”